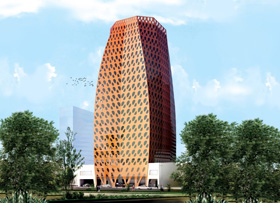 Oil has dominated the U.A.E. economy since its discovery, and as a result of its revenues, the U.A.E. has been able, under the leadership of the Late Sheikh Zayed Bin Sultan Al-Nahayan, to embark on a development program almost unrivalled in the history of mankind.

The lack of local industries, services and skills in the early days of the U.A.E. development have meant that almost everything, be it goods, materials, services, human resources, etc. required to maintain an efficient petroleum industry, must be brought from abroad. It is against this background that AL NASSER HOLDINGS (ANH) was incorporated in 1977.

ANH was the brain-child of Abdulla Nasser Huwaileel who foresaw the need for a soundly based local holding company to serve as a vehicle to develop new schemes and to handle all his diversified investments and interests at home and abroad. ANH was therefore established to participate in the local development program and also to take advantage of the associated business opportunities.

ANH’s rapid growth into new fields was achieved by its insistence on excellence in product and service which represented the foundation stone of the Group. The combination of the highest levels of efficiency and a tightly-knit team of professionals resulted in an overall level of service particularly in the petroleum industry, which competitors found difficult to match.

With this impetus, ANH began to fully implement its policy of vertical integration through the formation of new joint ventures in many fields. ANH soon established a prominent position in the commercial and petroleum sectors initially within the U.A.E. and later expanded its sphere of operation to include many Gulf states and countries in the middle east.

ANH, in the course of constantly re-assessing its strategies and corporate plans, decided in the early 80’s to pursue a diversification policy in order to reduce its total dependence on oil-based projects and services. This is now demonstrated in the multi-discipline companies operating within the Group, the details of which are explained below.

The diversification policy proved to be a wise move since a few years after its inception, oil prices in the international market witnessed unprecedented deterioration which resulted in reduced demand for petroleum services in the region. By that time, ANH had already initiated a major restructuring programme to acquire new skills and to execute a long term strategy that would ensure the continued growth of the Group.

The success of ANH and its subsidiaries can be attributed to the vision and foresightedness of its founder Mr. Abdulla Nasser, diversification of business interests, flexibility, innovation and above excellence in customer service.